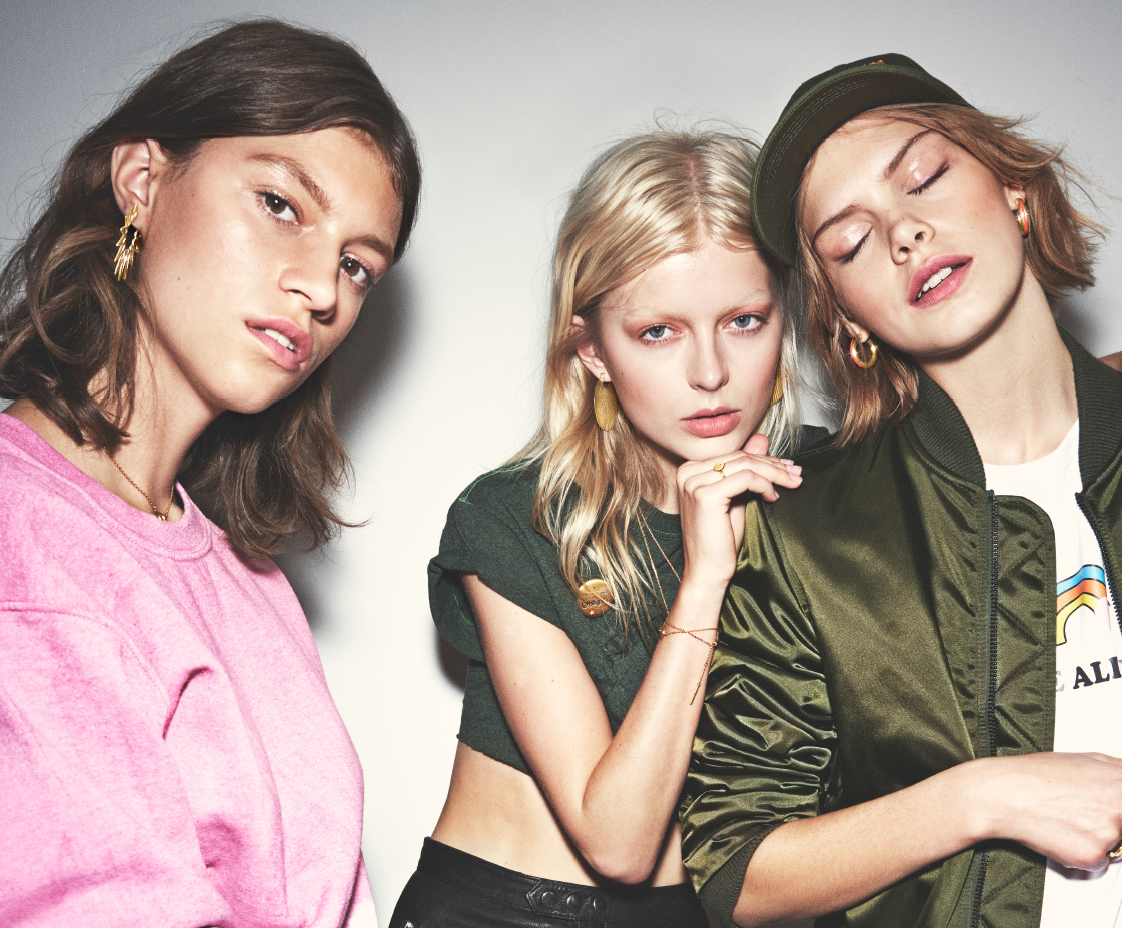 In 1989 Jane Kønig graduated from the Danish Design Academy as a clothing designer with accessories as an important part of her expression. Since then, she has been designing jewelry and accessories and is now working full time as a goldsmith.

Jane gets her inspiration on her numerous travels, where she finds local materials and objects, purchase foreign strange matter and stuff in order to unity them with her own Scandinavian tradition later on.

Jane´s style is whimsical, adventurous and rockish at the same time.

Significant of her style is also the clash between everyday objects and precious materials, badges with strong symbols executed in precious metal and diamonds, or series of bone and horn.